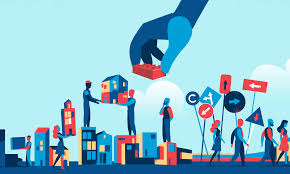 The last week has been a challenging week on the local (a shooting in Plymouth England by someone identified to have incel beliefs) and on the global stage (the return of the Taliban in Afghanistan) with sex and sexuality at the centre of both stories. You may wonder what links these two stories, both from opposite ends of research and practice in our field? The incel story is a conversation about mental health and risk management. It is a conversation about whether being an incel is a cognitive bias, a mental illness or simply a series of problematic attitudes and beliefs. It is a conversation about attitudes towards women and girls from a select subgroup of individuals in our society and what we can do to prevent violence and promote a proper understanding of and commitment to healthy and equal men-women relationships. But interestingly the Taliban story is the same story but from a meta perspective; it is a story of how a larger and more defined, and co-ordinated, group of people have problematic and antisocial attitudes to women and girls that promotes intolerance, bias, and violence. In both cases, the incel and Taliban story, the underlying current is that females are the problem and that violence and anti-social behaviour towards them is acceptable and justifiable. Both these stories remind us that the context in which we live matters, whether it’s the sub-group that we are part of, the country where we live, or our broader human values – the idea that violence towards women and girls is acceptable although? It is fundamentally wrong but seems to exist globally.

As a global community we have developed policies and laws that aim to reflect our attitudes and beliefs. Attitudes and beliefs that were developed in westernised, northern hemisphere countries and then challenged and adapted by the rest of the world. These laws, policies, and guidelines reflect the need for justice, equality, equity, and standards of living across the world. The recognition that all these shared values and beliefs are not balanced internationally with some countries adhering to some and not to others resulted in the creation of the “Sustainable Development Goals” (SDG’s) by the UN. The expectation is that to be recognised by the UN, and to play an active role within it, you must adhere to these 17 development goals, The SDG’s impact countries and people directly as well as indirectly, through international sanctions and trade agreements through to altering national laws so that they reflect them. Some of the SDG’s talk directly to the field of sexual abuse than others, these are:

These SDG’s reinforce the need for access to health, wellbeing, and mental health services as preventive as well as responsive requirement in dealing with sexual abuse for both victims and people convicted of a sexual offence. These SDG’s also talk about the importance of balanced, informed, and evidence-based education for all regardless of geographic location or gender. Access to education can change attitudes and challenge anti-social and problematic behaviour. In addition, access to education can increase the prevention of sexual abuse by increased awareness and help in the integration of people impacted by sexual abuse through greater understanding of the aetiology as well as impact. Also, increased access to justice means that societies become more trusting of the state and that people are more likely to report sexual abuse, and ultimately more likely to get the help and support they need.

However, it would be naive to think that these changes will happen overnight. On the contrary, our (recent) history shows that it is more like a process of Echternach where you take two steps forward and then one step back. Take for instance the situation in Poland: Although Polish women have gained many rights over the past decades, the current ruling party has managed to trample women’s rights in the past few months without too much resistance from the UN or Europe, except for some critical tweets and threatening language from political leaders. This shows that the SDG’s cannot be taken for granted, even not in the westernized part of the world. The questions it also evokes is whether we are sufficiently prepared to fight for this? Are we prepared to take on this seemingly never-ending struggle? Do we remain vigilant, or do we let it take its course and turn our heads the other way? Will we only call out our concerns on social media and change our Facebook profiles in support of disadvantaged groups in our society or do we take actual and effective actions?

The two stories highlighted in this blog really reinforce that across the socio-ecological model (i.e., the incel story is particularly reflective of the individual and interrelationship stages and the Taliban story more reflective of the community and societal stages) more work needs to be done to strengthen our shared global values (the SDG’s) and that no part of society or corner of the world is immune from distorted attitudes and beliefs towards women. We need an individual and global assertive response and perseverance.